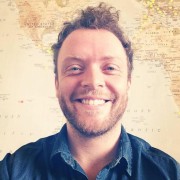 Gavin Morrice
Nothing should make sense until everything makes sense.
January 11, 2020

Why I won’t teach my kids about Santa Clause

My parents never taught me about Santa Claus. I heard about him from friends, and in Christmas films etc., but the idea was never really pushed at home—at all.

When I was older, in my teens, my dad explained that they didn’t tell me about Santa because they didn’t want me to grow up and eventually realise I had been lied to; because this would create doubt and distrust about the other things they taught me as well.

I was reminded of this the other day when reading a short essay by Lin Yutang called This Santa Clause Nonsense, in which he describes telling his daughter about Santa:

I really don’t know why I told her this nonsense, except by the force of habit and on account of the fact that she was an easy prey—too young to refute me. I really had no intention of cheating her. But as I was telling the story, I noticed a knitting of her brows, indicating a confusion of her mind.
For [my daughter] always has a peculiar meditative look, as if she is watching and thinking and reducing the world of disorder and novelty into some sort of order and intelligibility.
And here I came and gave her something which completely transcended her previous experience and made the understanding of a world which she had already succeeded in reducing to order a weird chaos and confusion again.


Humans are unique among animals in the extent of our ability to pass on knowledge. And children are especially primed to absorb and trust the information told to them. As adults, it is our responsibility to help them crystallise and clarify their understanding of the world, and not to muddy it and confuse their efforts.

When a mind is presented with conflicting information it has to do one of two things. Either it must reject one idea in favour of another; or it must compartmentalise the information into disparate schemas of thought—opposing, parallel understandings residing in the same head. Not doing either results in cognitive dissonance, which can cause severe anxiety and distress until it is resolved.

Clearly, the preferred strategy is to be able to reject information based on the likelihood of it being true. However, this tends to be grossly distorted by other factors such as emotions, social pressure, primacy (which information did they hear first), etc. Most people believe things because the other people around them believe them.

In teaching my kids to understand the world, my primary aim will be in helping them learn to accept or reject information based on the probability of it being true.

This requires that they learn how to critically assess not just a claim, but who is making the claim and why.  I think it’s vital then that my kids always see me as a source of honest and accurate information—as much as I possibly can be.

So I won’t teach them about Santa Clause, or the Tooth Fairy, or the Boogeyman. There’s no need.


As adults, we have become very disenchanted with the world. Everything is so normal and regular to us that we can’t see any magic anymore, but we forget that children are still experiencing so much of the world for the first time!

I can still remember instances from when I was very young. For example, spending days playing with my worm farm—a plastic bottle filled with earth and a few worms. I was fascinated with how the created tunnels; how they came to the surface when it was wet, etc.

In his book What Do You Care What Other People Think?, the great physicist Richard Feynman describes the walks his father would take him on through the woods. His father would point out a natural phenomenon like a bird pecking at its wings, and ask him “why do you think they do that”? The young Feynman would come up with guesses (hypotheses), and his father would help him rationalise his way through these until he came to an answer that was probably right. Feynman was notable, even among Nobel laureates, both for his ability to understand the natural world, and also to analyse claims based solely on the quality of the evidence.

How to learn a new language, quickly